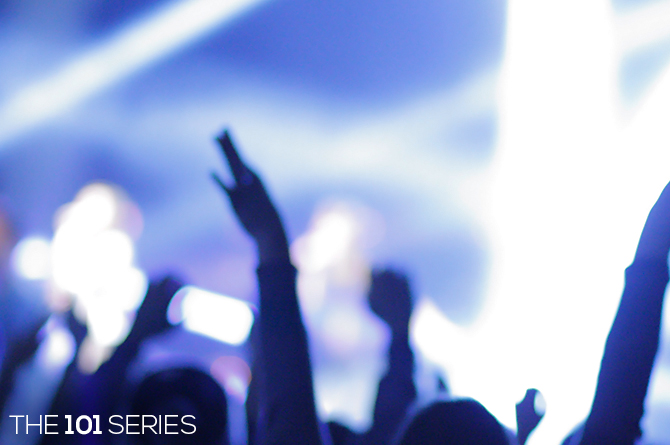 When it comes to concert style lighting, if you don’t have haze, you don’t have much. You can take 100 moving lights and put them in a room, but with no haze, you’re going to have a severely UNDERwhelming effect. If you’re not familiar with haze, here’s a quick rundown.

First of all haze is not the same as fog, I hear people all the time talking about the “Fog” or the “Fog Machines” but the truth is, they are not the same thing. A fog machine (or a cheap hazer sometimes) is going to create a thick cloud of smoke, that usually is going to hang close to the floor. 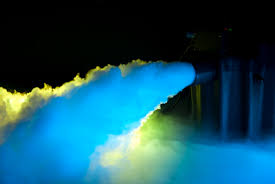 A hazer on the other hand should produce a thin, even amount of haze that hangs in the air. The haze is made of small particles that help reflect light and make beams visible. Imagine if you had a laser pointer. You point the laser pointer at the wall, and all that you can see is a dot of light on the end of the pointer, and a dot of light on the wall wherever it hits. Without haze, that’s all that any concert or light show is going to be, you’ll see a little light coming from the lens, and some light wherever that beam ends, whether it’s on the walls, floor, or ceiling. With haze though, now you are getting all of the beams that are otherwise invisble in between surfaces. One lighting designer that I follow on Twitter, Daniel Connell, said

Haze gives mass to lighting. In a room without haze you only see light where it has a surface to reflect—usually meaning the lens of the fixture and the surface where the fixture is aimed. We know that there is light between the two but it is often barely perceptible—by introducing haze we can create individual beams of light that help give our lighting a perceived mass. This mass is what allows us to use lighting as scenery.

One thing you’ll quickly find when you start using haze is that it can sometimes have a mind of it’s own. I work in a large room with almost 4,000 seats, using 3 Ultratec Radiance hazers. There are so many different factors that can cause your haze to be a bit of a headache, anything that changes that airflow of the room can change how your haze looks, including your heating and cooling system, having doors open or closed, the temperature, or the humidity in your room. I’ve noticed that the warmer and more humid it is outside, the less I have to work to get nice looking haze in my room. During the winter, when it is really dry and cold, I’ll be running all of my hazers at 60-70% haze, instead of the normal 35-50%.
When purchasing a hazer, I would highly recommend getting one that has onboard DMX control. During a typical show, depending on all of the factors I listed above, you may have to make changes to your haze settings constantly, so being able to control it from your console instead of having to run to the machine all the time is a great asset!
Happy hazing!