Going to the Hillsong United tour was really exciting. Being a church lighting designer married to a worship leader, this is definitely an event that we can benefit from. At our church, we love Hillsong United songs, so it was really cool to get a chance to go and watch the people that actually wrote the songs performing them, and see what sort of lighting and energy they use for each of their songs. I was really happy to get the chance to go to the show a couple of hours early and get to take a look around and talk with their production manager, check out the stage, and the lighting and video rig.

In February the band released an album called “Zion” so when planning the tour they decided to theme their set design to look like a mountain to represent Mt. Zion from the Bible. The final product they came up with was great. A few posts ago on this blog I shared a link to an article about the set design for the Hillsong Church Woman’s Conference, called the Colour Conference. This set was very similar to the one used for the Welcome Zion tour, with the large mountain as a background / video wall. When planning the Welcome Zion tour the band’s lead singer and creative director, Joel Houston, decided he wanted to take the design used for Colour and make it a little more rock and roll by making it asymetrical, so instead of a perfect, symmetrical triangle in the center of the stage like they had used for Colour, they came up with the ‘twin peaks’ design. 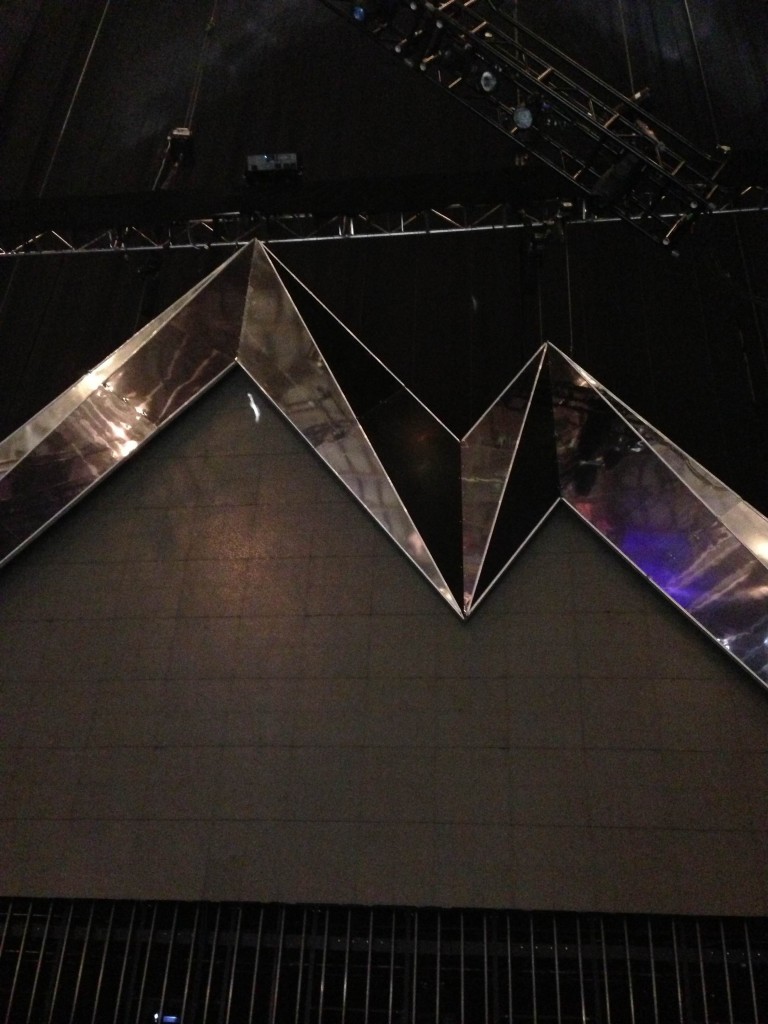 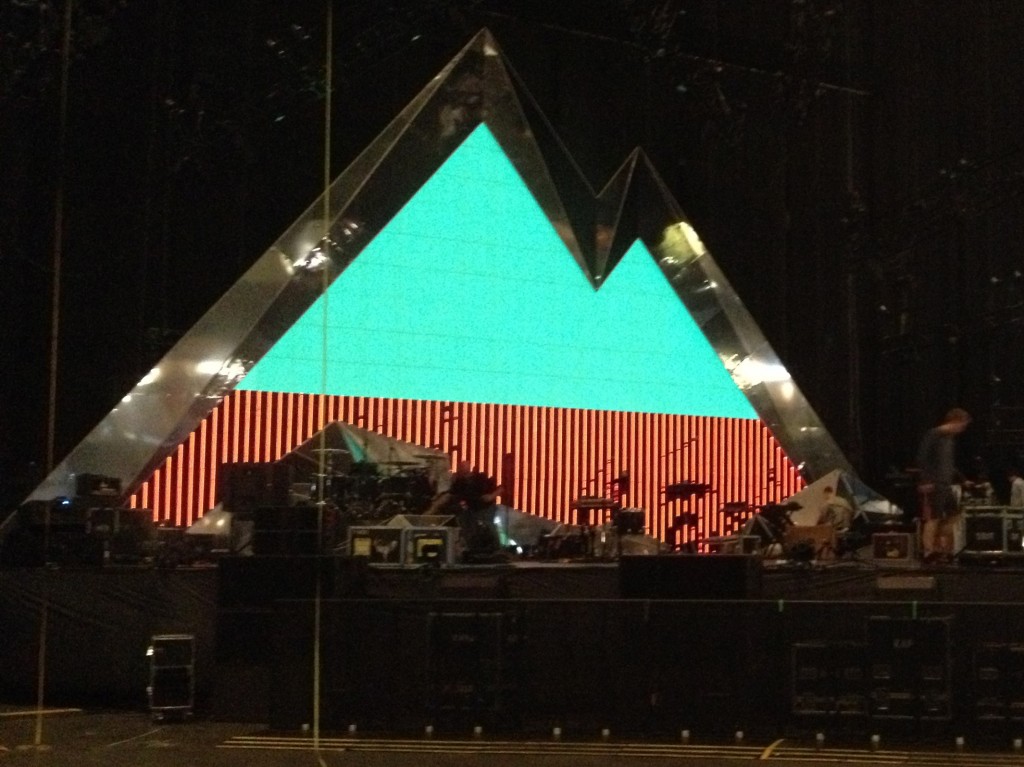 The mountain structure is covered in metal, and all of the edges are lined with white LED tape, similar to the RGB LED tape that we used in our “How we built the lightsabers” post from a while ago. The lighting designer decided that since the mountain was so asymetrical he wanted to carry that same design into the layout of the lighting rig. So all of the trussing and flown lighting has balance, but no real symmetry. The video wall was a cool design. They used typical LED panels for the top half (green in the picture above) but to give them the ability to have backlighting that could come on whenever they wanted, but be hidden when not lit, they used Barco Mistrips, for the bottom half of the screen. The Mistrip is a video screen material that comes in thin strips, giving them the ability to leave space between them for the MAC 3s behind the mountain to shine through.

Their rig basically consisted of

I was really impressed with the MAC 101s, for such a small, inexpensive fixture they really performed will, they were quick, bright, and had great color.The VL3500s worked great for the front lighting, they were bright, had a good color correction, and with their zoom and iris they could cover a lot of the stage, or really get in tight on the performers.

Another cool idea they had was to use mirrors on the stage floor, lining the front edge of their pointed stage, to use as reflectors for the lasers and the beam lights, essentially using them to make it seem like they have more lighting and effects than they do, and it worked great. It was a really cool way to multiply the laser effect, saving some serious money over buying a 4th laser.

I’ll be adding some more pics to this post soon, but in the mean time check out some of the incredible shots from Instagram. Enjoy!