Warning: ksort() expects parameter 1 to be array, object given in /home/wxwbbuwpnp9i/public_html/wp-content/plugins/bbpress/includes/core/template-functions.php on line 316
 Spotlight – Mitchell Schellenger and Cort Lawrence – Pulse Entertainment Solutions – The Brightness 
Warning: Cannot assign an empty string to a string offset in /home/wxwbbuwpnp9i/public_html/wp-includes/class.wp-scripts.php on line 492 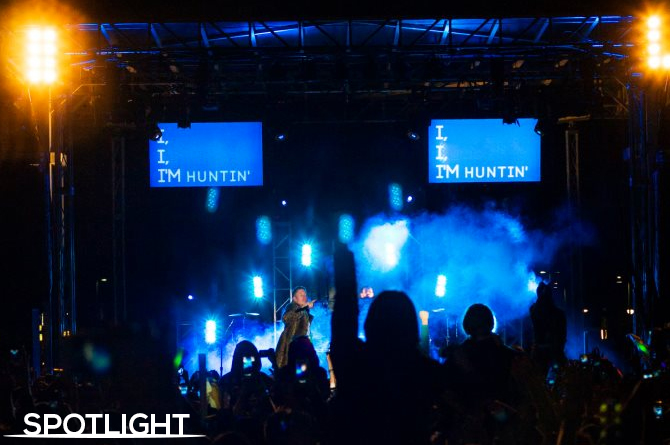 Pulse Entertainment Solutions, a Denver based production design firm was tasked with designing a series of high energy shows for one of the hottest names in music, “Macklemore and Ryan Lewis”. The catch: design shows that maintained visual continuity, and were worthy of staging an A-list artist, while working in venues of completely different shapes and sizes, and with entirely different budgets.

Lighting Designer, Mitchell Schellenger answers some questions about the production.

How did the design process start for this project?

We first started speaking with the production about a month and a half before the first show. We knew early on we were going to be experiencing some challenges with the project, specifically the budget. Another difficulty was working with the universities, as these venues don’t typically put on large scale productions. Was there enough power, was there enough rigging points, etc… Personally I like challenging, what fun would design be if there weren’t obstacles to overcome. Once we had more specific design parameters to work within, I started sketching ideas. Our lead concept artist Cort Lawrence quickly put these ideas into 3D renders. We really utilize 3D concept art to convey ideas. It’s important for everyone to be on the same page so we don’t move forward prematurely. It is a waste of everyones time if one element doesn’t work or gets overlooked, it’s going to come up eventually and it might be too late to design a whole new show at that point. What equipment did you decide to use and why? Like I said before, the budgets were all over the place. We treated each gig like a one-off. Gear came from various vendors and I had an entirely new package for each show. Focussing on two stages that were very different. One was in a College field house with a fairly large budget, and the other was outdoors in a field in the middle of the rocky mountains. It was a cold gig to say the least. For the “Big” show at the University of Colorado, Boulder the final design used:

Yes, an MA2 as well as a Hog3 package. Good times. I decided to program the whole show on the Hog3 because that was the console I would use for both of the shows, and it would save me time with presets, colours, etc… I had the luxury of a backup for the Big show and it just happened to be an MA2 full. I programmed a series of looks into the backup desk but never needed it during the show. Overall I was very pleased with this package. We had a lot of new gear and were able to get it from our local vendors for a great price. On the “Small” show it was kind of a mess. A local production company was in charge of the show and the gear I had to choose from was their in-house package.

That final rig consisted of:

Obviously there were a few differences. We were able to score the ClayPakys from my buddies over at PRG, but the rest was local. When we arrived on site that morning, my concerns started to grow as the load-in was hardly underway. Cort quickly became Lighting Crew Chief and got things rolling. I worked out the other issues. Long story short, the dimmer didn’t work right. I had about 6 lamps on each 9lite blinder, no ACLs, no lekos, and we were running out of time. Their guys were unable to get the dimmer functioning so I decided to cut the conventionals all together. In addition to the loss of light, 3 of the 5 Trackspots were out of commission and 6 of the 16 Colorblasts never showed up. It was now about 3pm doors were at 6 and I was starting to freak out. Trackspots were cut. I needed to start programming the gear I had. Conveniently all the movers stopped responding. About 30 minutes later we finally found that someone cross patched the universes. Convenient. I banged out the programming just in time for doors, and adjusted focuses/gobos during the openers.

What worked well in the design?

Two things really pleased me on the Macklemore shows. One was color and beam effects. The color mix between the 101s and Vipers created a really nice scheme on stage and the Vipers gobo selection and beam capabilities are fantastic. I have always been a fan of Martin and really enjoy the innovations they come up with. Another piece I was really pleased with were the new HazeBase BaseHazer Pros. These things put out great haze and quickly too. One of our opening acts at was “not able to perform” with haze in the air, so I was concerned I would not be able to get the volume I wanted in time for the headliner. Luckily the units were able to get the room filled in no time at all. I was incredibly pleased and hope to always use HazeBase products in the future.

What you would have done different?

I have always been a fan of low light shot from the upstage deck. My favorite lights in any rig I do, is the ground package. Everyone always feels the need to get everything in the air, which I was a little guilty of for these college shows. I wish I would have put a bit more gear on the ground. The vipers from behind as well as the Alpha Washes on the deck created an amazing effect. For the outdoor gig, it started to rain pretty heavily, the haze all night was useless and with the rain it wasn’t even worth it. The Alpha Washes were in groups of 2 on the ground and when I narrowed the beam and sent them into the sky it looked great in the rain. I wish I had more than 4! Ground packages can create a real intimate look and for slower songs I sometimes lose the whole flown package all together. I wasn’t able to do that because I didn’t have enough gear on stage.

What problems did you have to work out, specifically on show site?
Like I mentioned before, the “Small” show ended up being kind of a nightmare from a technical standpoint. During the show I found out the hard way that they had put my FOH and the Followspot on the same circuit. Oh, and 1 random mover. You can probably guess what happened when the spot was struck. I’ve said it before and I’ll say it again, Always Have A UPS!!!! (Uninterruptible Power Supply)

They got the power straightened out and the spot and 1 random mover back up. The console was fine on its backup power. It is also very important to be organized from a power/distribution standpoint. Wether it’s a tour or a one-off, everything on your rack should be labeled. It makes everyone’s job easier.

Overall what was it like working with Macklemore and Ryan Lewis and whats next?

Overall I was really pleased with the run we did with them. It looked cool and everyone was happy. The dudes were fun to work with and they have a great staff of people. We look forward to working with them again! We are working with several clients for upcoming shows and i’m getting ready to leave on tour. YoungBlood Hawke, Matthew Koma, Walk the Moon, Alex Goot… those are just a few names you might see rocking out with one of our designs. Come say hello and we’d be glad to share with you! 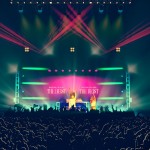 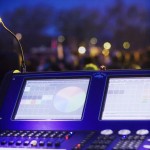 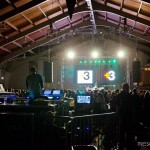 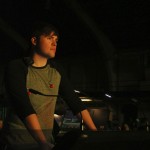 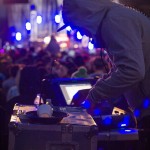 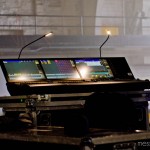 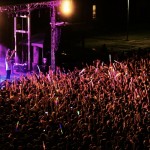 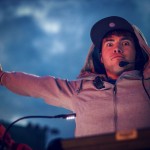 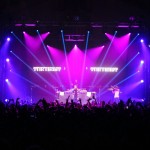 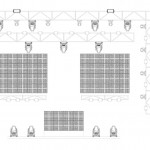 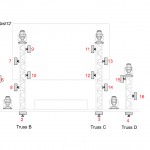